Mesut Ozil’s time at Arsenal looks to be drawing to a close after Fenerbahce sporting director Emre Belozoglu said the midfielder is “closer than ever” to joining the Turkish club. 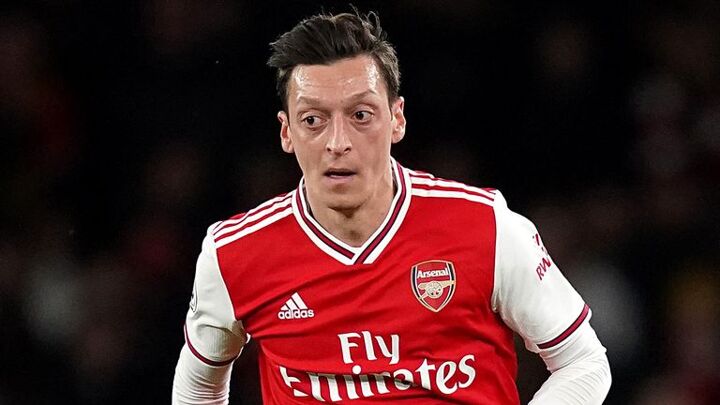 The 32-year-old’s contract – which makes him Arsenal’s highest earner – is set to expire at the end of the season but his representatives have held talks with Fenerbahce, as well as DC United, about a move during the January transfer window.

He was not registered in Arsenal’s Premier League and Europa League squads for this season and has not played for the Gunners since March.

Speaking to Turkish media about the prospect of Ozil moving to Fenerbahce, Emre – who spent three years as a player at Newcastle – said: “We had a meeting with him and his manager. Mesut is closer than ever.

“After the meeting process with Mesut’s club is over, we will hold meetings between ourselves. If Mesut agrees with his club on the terms we want, it won’t stretch our financial limits this year.

“Fenerbahce and other clubs no longer have the power to bring in footballers on €4-5m contracts. There will be no numbers that would disturb the balance or affect the salaries of other players, we do not have that ability.”

Ozil held a Twitter Q&A earlier this week during which he revealed his desire to play in Turkey and the USA before he retires. He added: “If I went to Turkey, I could only go to Fenerbahce.”

In response to another question, the former Germany international said: “I grew up as a Fenerbahce fan as a kid in Germany – every German-Turkish person supports a Turkish team when they grow up in Germany.

“And mine was Fenerbahce. Fenerbahce is like Real Madrid in Spain. The biggest club in my country.”

Speaking about Ozil’s future earlier this month, Arsenal boss Mikel Arteta said: “I don’t know what is going to happen. Obviously now he’s free to negotiate with other clubs.

“We will discuss internally what the best situation for him is for the near future, obviously with the player and the agent too, and try to find the best solution for everyone.

“If something was sorted this month, it’s because it is good for both parties, it is good for Mesut and his future, and it’s good for the club. If that’s the case, we will move forward, if it’s not the case the player will stay here.”

Ozil, who arrived at Arsenal from Real Madrid in 2013, has scored 44 goals and registered 77 assists in 254 appearances for the club.